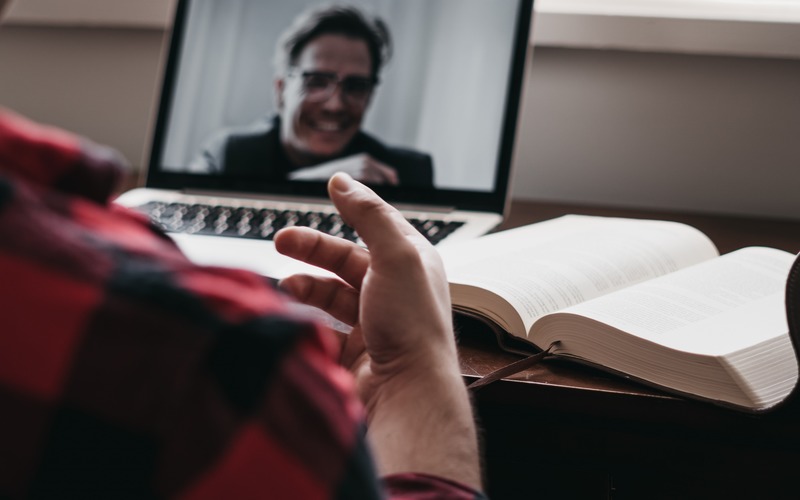 Photo by Dylan Ferreira on Unsplash

Jackie Zoomed into Stories of Hope & Home just after 4pm. She read 3 poems to the group. Two of which are about the experience of being an asylum seeker –Jackie done some work with the Scottish Refugee Council in Glasgow listening to women describe their lives as asylum seekers. Her poems  ‘Push the Week’ and ‘Glasgow Snow’ are their voices.

Many of the group participants are currently going through the asylum process and Frank, a member of the group said, “if she can understand our experience so well after listening to just three stories, why can’t the Home Office understand when they have heard millions?” Stephanie the coordinator of Stories of Hope & Home said the group” really felt she had grasped and expressed something of their reality.”

Chatting and laughing together, conversation turned to regional accents and Stephanie said “Jackie and Jules’ presence also inspired a conversation around practicing with native speakers … so I have another idea about some new developments in the project as a result of the feedback….watch this space …”

The group who regularly create poetry together were thrilled with the opportunity to talk about writing with such a celebrated poet. “They really loved” the session and the third poem that Jackie read about a Black Lives Matter demonstration related the principles of the movement to food and feasts. Stephanie said “The connections with food were great too … food has always been a popular topic of conversation in our group and eating together has been a huge part of building our sense of community … we are all very much looking forward to being able to eat together again!

You can watch the celebrated Scottish writer being interviewed by First Minister Nichola Sturgeon here and below is an extract from her poem ‘Push The Week’, about being an asylum seeker in the UK:

If I had cash, I could get some cassava gari

And make some sukuma wiki; stretch the

But this card don’t buy me African food

Or let me shop in Marie Curie

(although they have nice things in there.)

Only in the Salvation Army Store.

(Where the clothes are a bit of a bore.)

You think just because you’re an asylum

You don’t care what you wear?

And from eating the wrong food, my